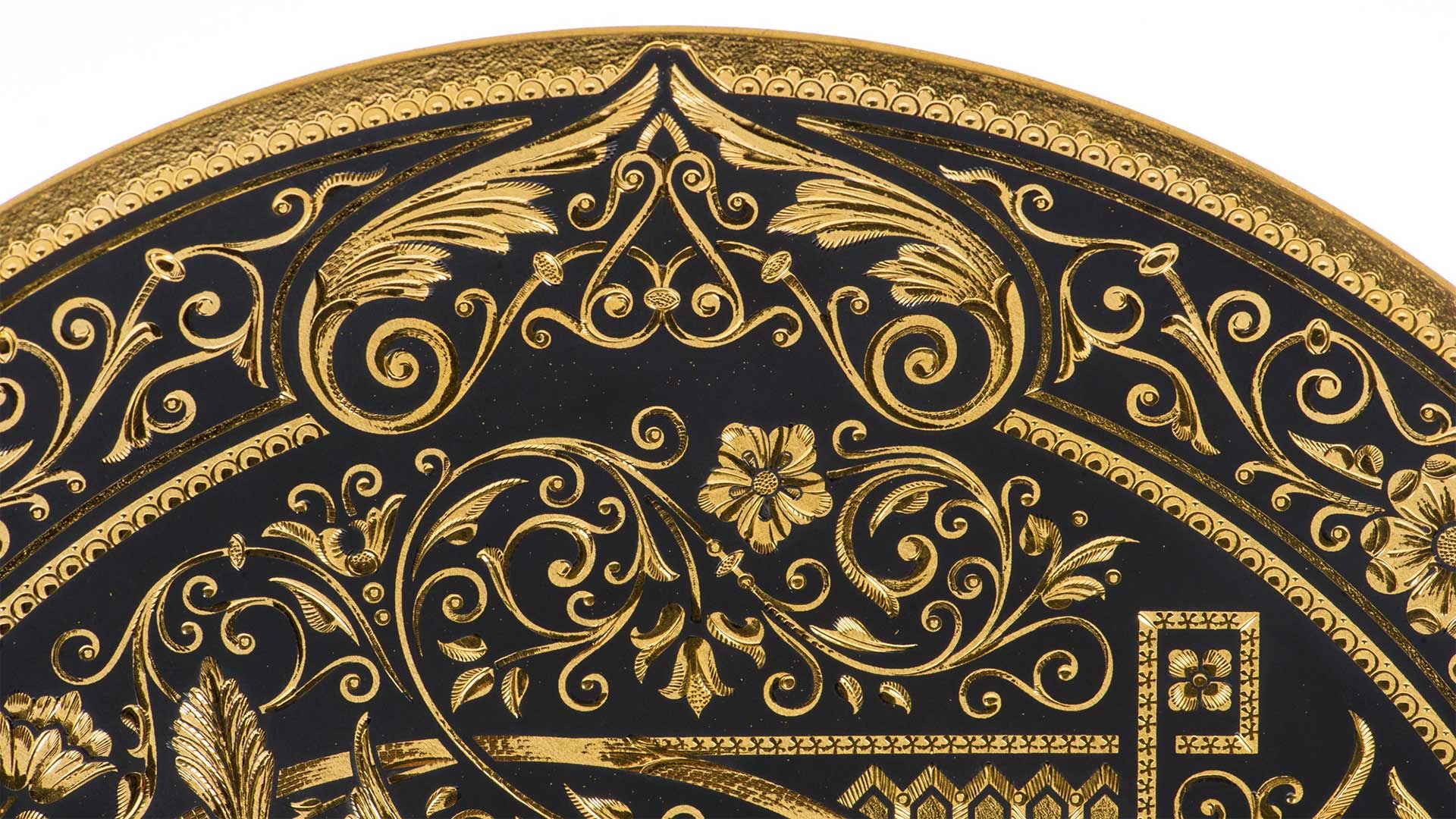 With the Arab invasion, an ancient, delicate, handicraft came to Toledo, which would develop alongside the history of the city itself: DAMASCENING.

The origins of the art of damascening can be traced back to China, where a damascene piece has been found dating back some six hundred years before Christ.

Subsequently, damascening was practiced by the Egyptians, the Greeks and the Romans, although different techniques were used. When the Roman Empire was moved to Byzantium, damascening became highly important and was cultivated throughout Damascus, the city that would give it its name.

Damascening is, basically, creating a design by inlaying gold or silver thread on a base of iron. The golden drawings of the pieces by today’s artisans still tell the history of this city, which has hosted Romans, Arabs, Hebrews, Moors and Christians; it has Gothic, Mudejar, Plateresque and Baroque roots, and this mixture of styles and cultures is reflected in Toledo’s architecture and in the art of damascening.

The production process entails covering an untempered iron or steel object with very closely-woven, deep, compact, cuts in three directions using a burin or a well-tempered steel razor until a furrow or rough surface is created.

Then, gold or silver thread or leaf is inlaid, tracing the shape of the figures drawn in the previous step, making it penetrate into the scoring using a steel punch. This task of incrusting the gold thread is damascening, properly speaking.

In order to fully set the thread, the furrow created by scoring the metal with the burin need only be hammered lightly several times.

Next, a process called bluing takes place, in which the steel or iron parts that are not damascened are completely oxidised to create a black background that affords a wonderful contrast with the gold, highlighting the drawings made.

Finally, some light chiselling or chasing work brings the damascene pieces even more fully to life.

Following the Arab tradition, Toledo continues to create its most popular handicraft, the art of damascening.

At ARTESANÍA MORALES, most of our products are made entirely by hand by the distinguished artisans currently working in our workshops. One of the most important masters that Toledo has ever known, Miguel Nombela, worked exclusively for us for 44 years. His work keeps his memory fresh and his pieces are available at our establishments.

On this page, we offer you a small selection of damascene articles: plates, medallions and earrings, which we will gradually expand.