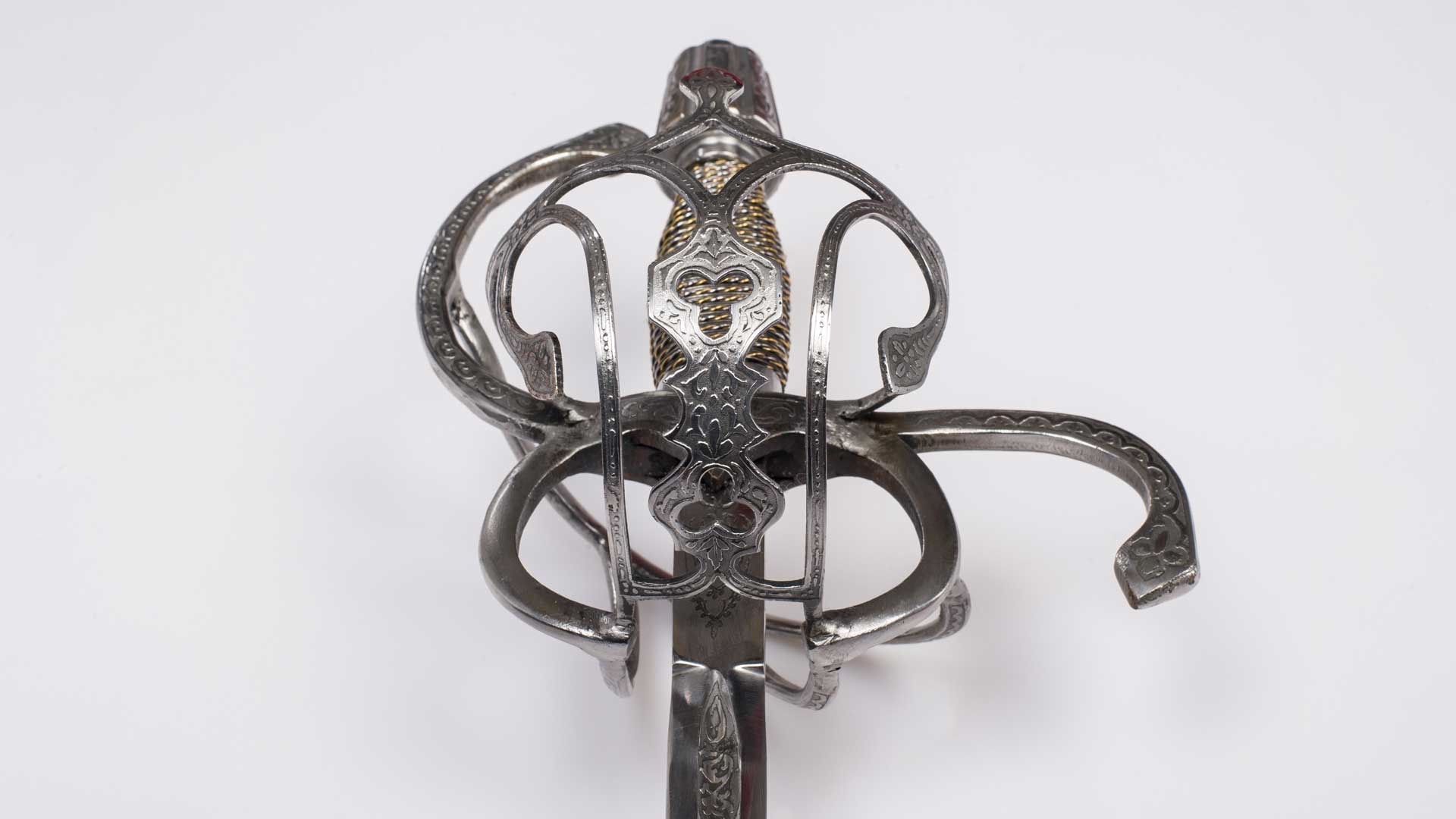 Antonio Arellano Pulgar , born in Toledo, the land of the swords. Even as a child, he made them with any piece of steel he could lay his hands on. This passion, stoked by the fire of his father's forge, led him to the Toledo Factory of Weapons, which he visited often, forging his knowledge and research. He would use what he learned here later on in his work

He was trained and educated in the vast knowledge of the well-known scholar and artisan of Toledo, Julio Pascual, through his father and grandfather, both pupils of the master. He began working in his father’s workshop in 1986, at the age of just 16.

In 1983, when his father retired, he took over the artisan’s workshop. After that time, he began to create reproductions of historical swords in the traditional style, using forged steel tempered by hand. He revived the technique of steel fretting on swords: “each sword has its own charm and each one is different”.

He interlaced his experience with the production and recreation of famous swords, ranging from the oldest, like those of El Cid, to the newest, sheathed in the fantasy of films today, such as the Spanish TV series “Isabel” or “Carlos V”.

Each piece could take weeks to make, and each sword absorbed all of his attention, from the hilt to the blade or the point, so that it resembled the original but still had a personal touch.

In 2002, he was named “Master Artisan Swordsmith”, and is currently the only person in Spain to hold this title.

He is currently devoted to producing all kinds of hand-made swords and daggers, staying as true as possible to the noble materials and production methods of old.

Since 2015, Antonio Arellano has been teaching young people the trade of manufacturing the Toledo sword.

Steel is the primary material used in creating a handcrafted sword, consisting in an alloy of iron and carbon. Our swords are made in the traditional manner, with carbon steel.

This entails placing the piece of steel in the forge, completely covered in coals so that it acquires the desired temperature. Once it reaches a suitable temperature, the steel is removed from the forge and placed on the anvil, where it is hammered to stretch it and gradually give it the shape and length of the desired sword. Forging hardens the steel blade.

This is the most important stage in the creation of a steel blade, commonly known as “tempering or cooling”, consisting in reaching the critical temperature at which the structure of the steel changes. Either water or oil can be used for tempering, although water is normally used at this stage and oil is employed in annealing.

After the blade has been forged and tempered, it still has a rough appearance. To achieve a smooth finish, the blade must be placed on a grindstone to give it the right bevelling, edge and point. Finally, the blade is polished to a mirror finish.

The cross guard is made of noble materials such as iron and brass. This process is done entirely by hand using iron bars, plates and sheets, which are heated and attached to create the desired shape. Next, any impurities are smoothed and sanded to give it a perfect finish. Finally, the piece is polished until it shines.

This piece is usually made of fine wood like walnut, birch, fir or pine. The grip is covered with leather or velvet, or quite often, wrapped in different kinds of iron or iron-copper combination wires.

The pommel may have different shapes, in line with the style of the cross guard and grip: round, hexagonal, rhomboid, straight or pear-shaped. Solid iron is always used, and it may be decorated with grooves or drawings.

This is the final step of the sword production process. All the pieces are put together, joining the blade tang, the cross guard, the grip and the pommel. Finally, they are riveted to further enhance the sword's strength and resilience..

ARTESANÍA MORALES in Toledo is currently responsible for the distribution and sale of swords made by the prestigious swordsmith, D. Antonio Arellano.