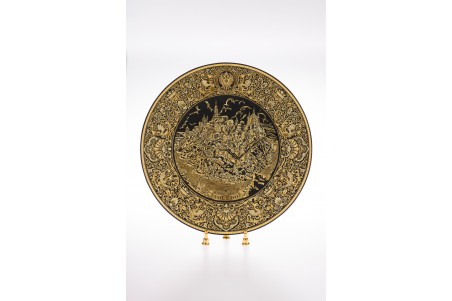 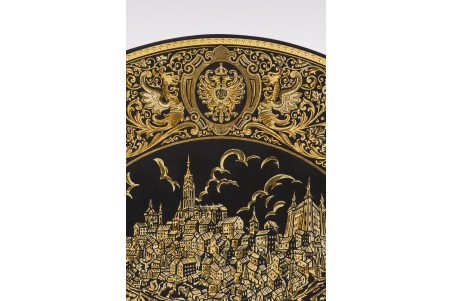 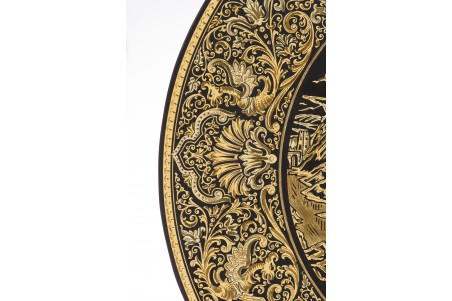 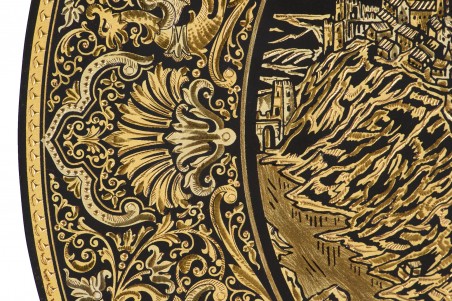 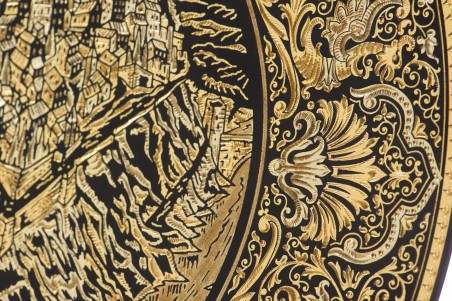 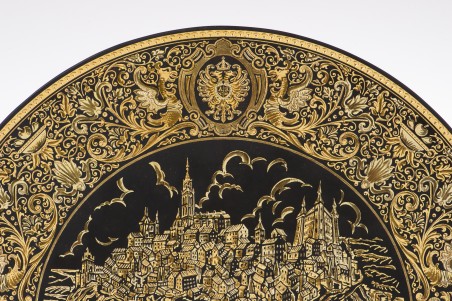 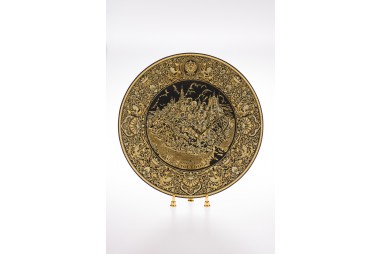 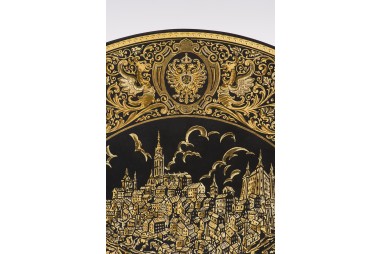 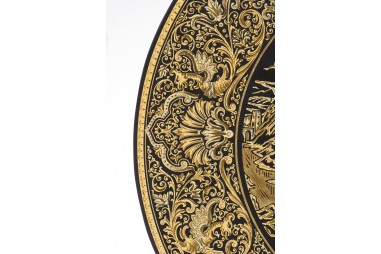 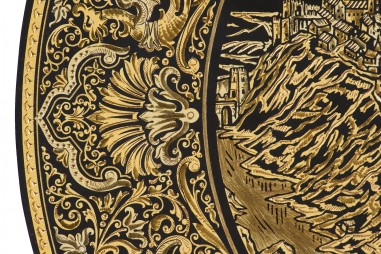 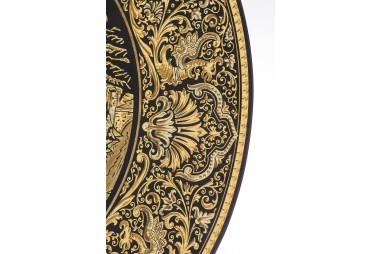 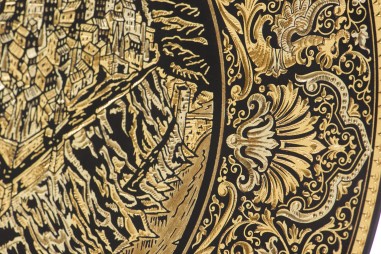 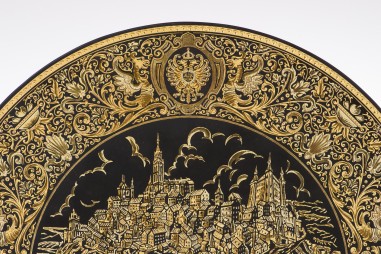 PLATE WITH VIEW OF TOLEDO

Toledo, an imperial city and cradle of handicrafts in Spain, is one of the most beautiful cities in Spain. It was formerly the capital of Spain for more than twelve centuries. Abundant with centuries of history, it was invaded by the Romans, the Visigoths and the Arabs. A city of three cultures - Hebrew, Muslim and Christian - which coexisted for many years, enriching the city with their architectural styles and works of art. We have portrayed this long history and its diverse cultures in a very beautiful plate, in which the city of Toledo seems to emerge from a hill, rising toward the heavens, this impenetrable city surrounded by its walls and the Tagus River, rendering it one giant Medieval fortress.

It is composed of a broad border with Renaissance style motifs and eight defiant dragons that protect the gates of Toledo from invaders. The upper part of the border features an imperial eagle, which is the emblem of the city of Toledo. In the centre is the city of Toledo, a magnificent depiction by the artisan, surrounded by the Tagus River with two bridges crossing it: the San Martin and the Alcantara Bridges.

Toledo stands on several hills, surrounded by the city walls. Its marvellous cathedral and imposing Alcazar tower majestically over the rest of the buildings.

With a diameter of 35 cm, this plate is considered one of the most striking pieces in our collection.