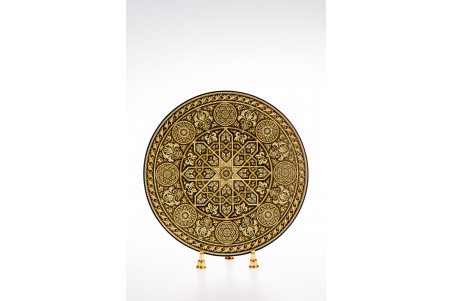 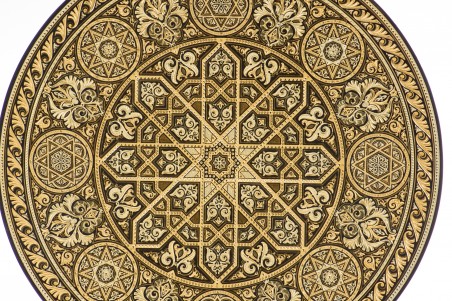 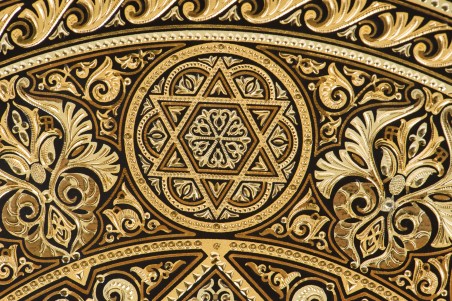 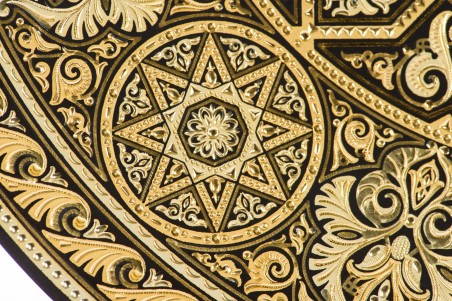 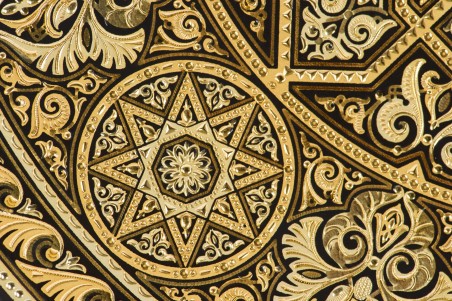 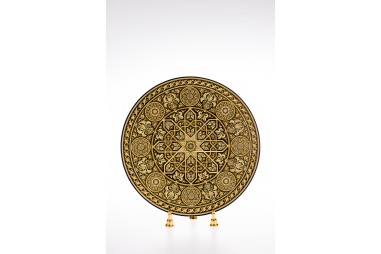 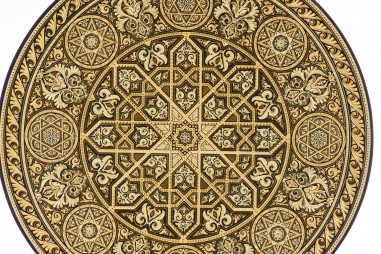 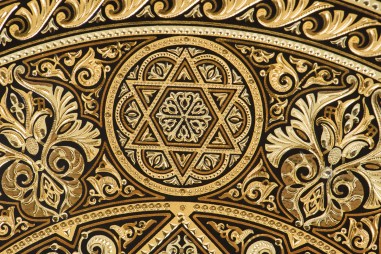 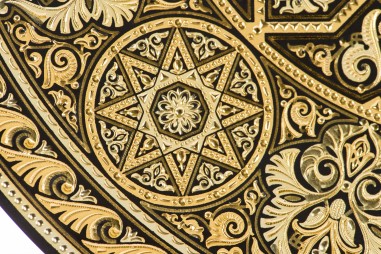 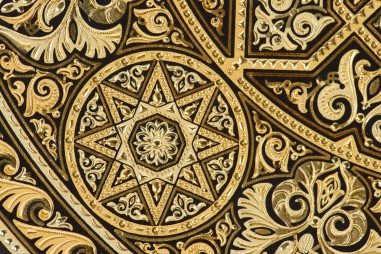 “Mudejar” is a term deriving from the Arabic word “mudayyan”, which means “permitted to remain” and it is used to refer to Spanish Muslims who continued to live in the territories conquered by the Christians and under their political control during the Reconquista, which took place throughout the Middle Ages in the Iberian Peninsula. These Muslims were allowed to continue practicing their religion, using their language and following their customs.

Toledo was a city that embraced three cultures: Jewish, Muslim and Christian. For many centuries, these three cultures coexisted in the city of Toledo, contributing a wealth of knowledge about handicrafts, architectural styles and ways of life. The Mudejar style is depicted on this plate, which is a mixture of Arab and Christian architectural styles.

This plate features the main symbols of these three cultures: the star of David, the Arab 8-point star, and the Christian cross.

Its composition consists of an outer border with 8 circles in which the star of David alternates with the Arab 8-point star. The circles are separated by green acanthus leaves in gold, to contrast with the circles. In the centre there are four intertwined crosses that form an eight-point star. The artisan's intention was to pay tribute to the people who belonged to these cultures, helping them to enrich the city of Toledo forever.