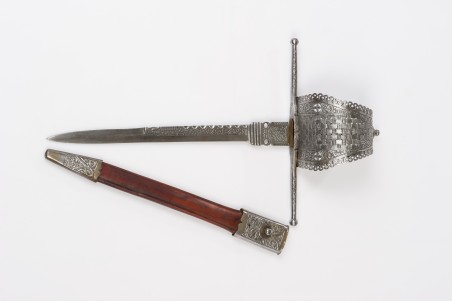 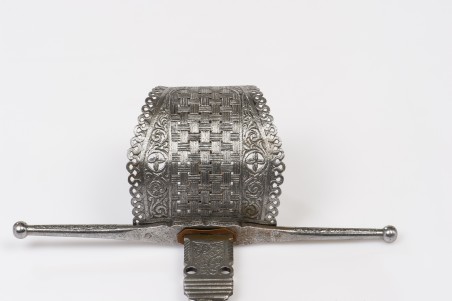 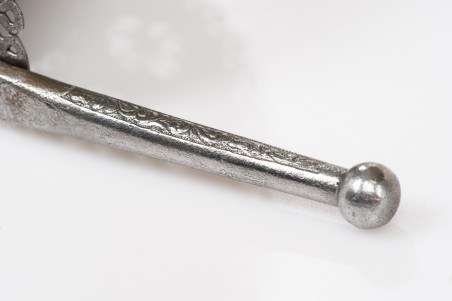 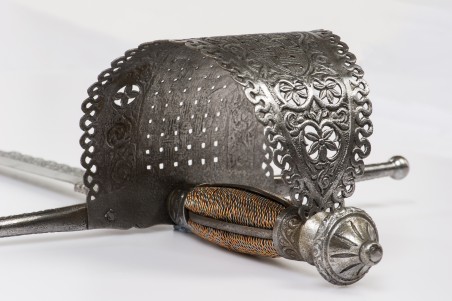 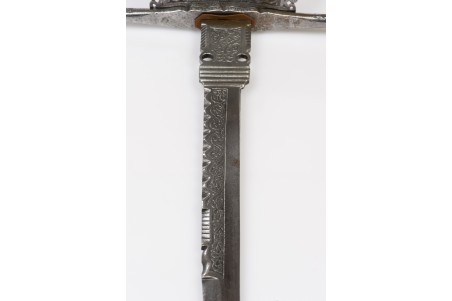 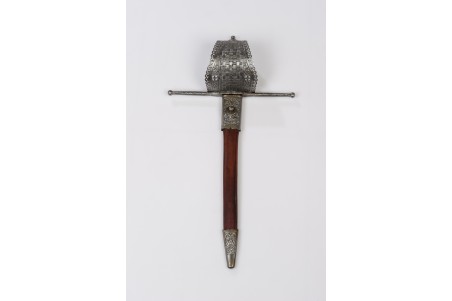 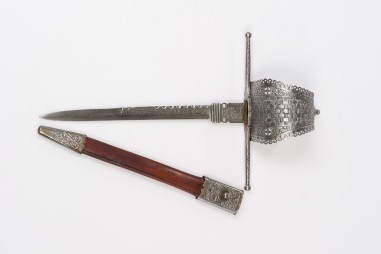 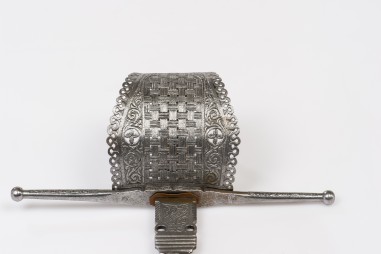 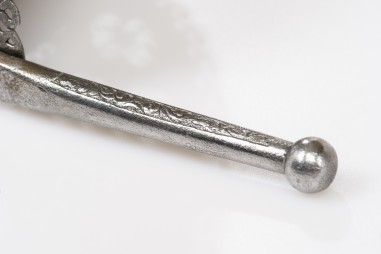 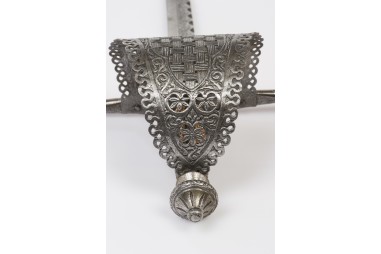 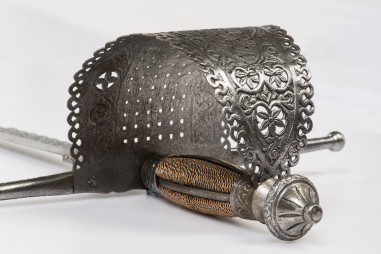 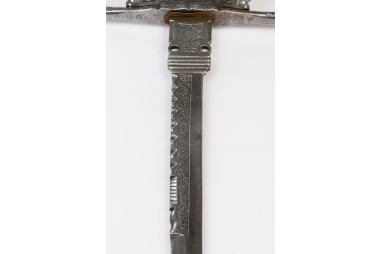 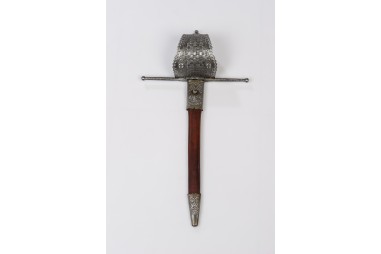 KNOTTED LEFT-HAND DAGGER. 16th Century. Handcrafted in carbon steel with an antiqued finish, made by master swordsmith of Toledo, .

It was back in the 16th and 17th centuries. Like a plague of lances and gunpowder, the unstoppable Spanish Tercios marched across Europe. As their fierce reputation spread, the enemies of the crown trembled in fear, waiting to receive the “stroke of mercy” whenever they heard thousands of veteran soldiers thundering in.

Besides lances, swords and harquebuses, one of the weapons that Spanish soldiers always wielded, particularly in most of the clashes in the Spanish Golden Age, was the so-called ‘misericordias’ daggers, also known as ‘vizcaínas’ or ‘quitapenas’. These daggers, made of good iron for a sinister purpose, were intended to relieve the victims of the heavy load of their earthly life.

They are between a knife and a sword in size (with a blade of some 30 cm), and got their sacred name from the way they were used on European battlefields: as a final act of mercy.

Veteran Tercio soldiers would wear one strapped to their backs at about kidney height, to make them easy to unsheathe when needed. They were valued in self-defence and for attacking. These “daggers of mercy”, or main gauche daggers, acted as “auxiliary” weapons to the right hand, which wielded the sword in combat, and gave the stroke of “mercy” to the dying enemy by delivering the final thrust.

BLADE. 39 cm long blade, 3.7 cm wide at the ricasso and 1 cm at the point. Completely forged and tempered by hand in carbon steel by the master . Antiqued finish.

The ricasso is engraved on both sides, and on the front side it is inscribed with the words “En Toledo”, to indicate that the dagger was made in this city. Next to the inscription, the master’s touchmark, “AA”, appears with a beautiful engraving at the top. After the ricasso, the blade has undulations on the right-hand side and engravings on both sides, reaching up to the foible, where the blade has two bevels on each side. It is said that these undulations in the blade were soaked in poison to quicken the adversary’s death. For this reason, they were known as “Daggers of Mercy”.

CROSS GUARD AND KNUCKLE GUARD. The cross guard is 29 cm long. It is decorated with finely chiselled designs. The sail-shaped knuckle guard is beautifully fretted and chiselled, featuring fretted knot-shaped fluting on both sides.

GRIP. The grip is made of wood wrapped in copper wire with four inlaid ribs and finished with two chiselled ferrules at the ends. It is threaded on the blade tang.