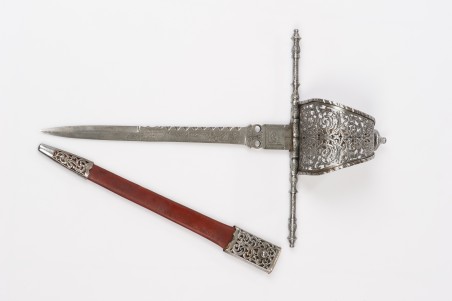 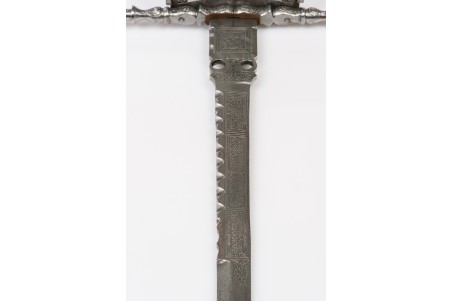 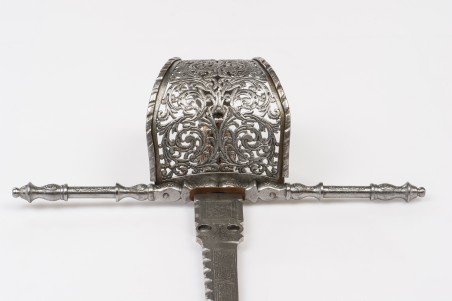 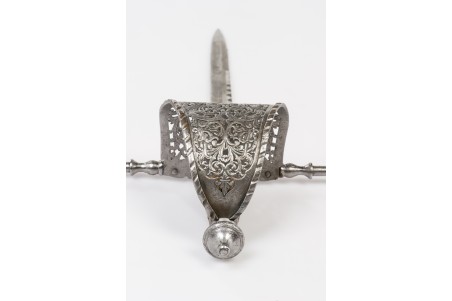 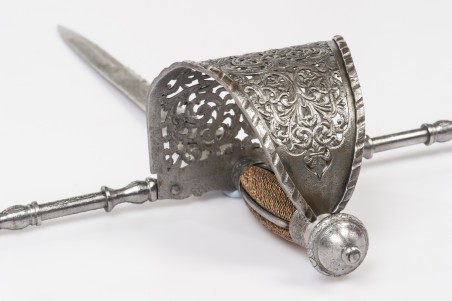 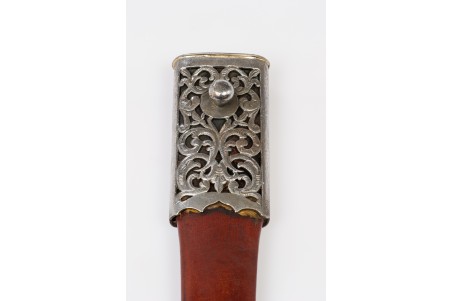 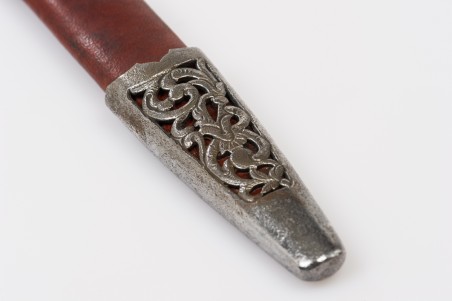 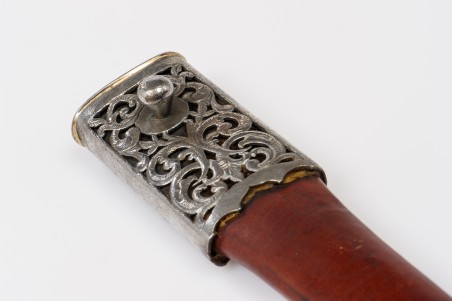 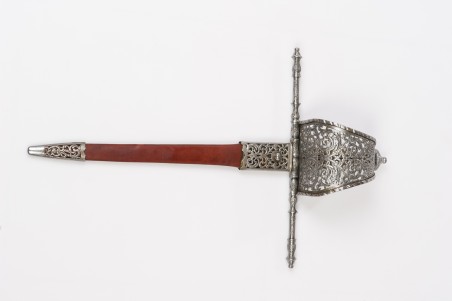 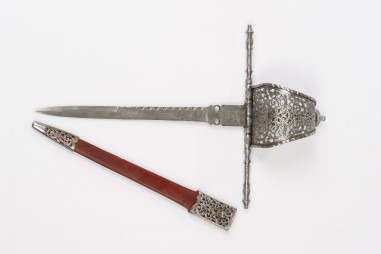 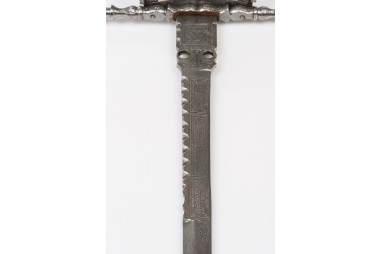 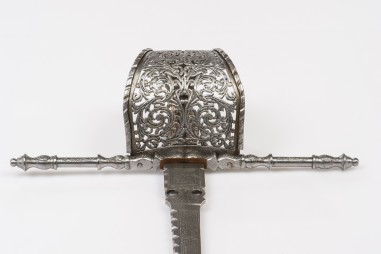 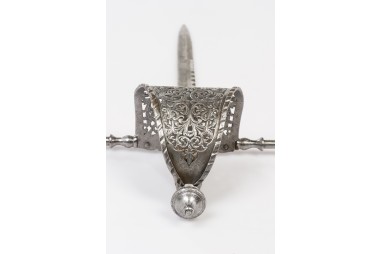 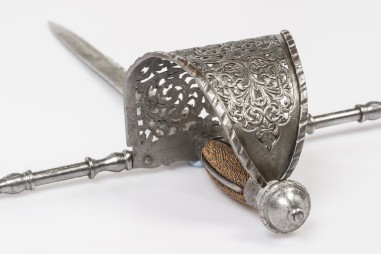 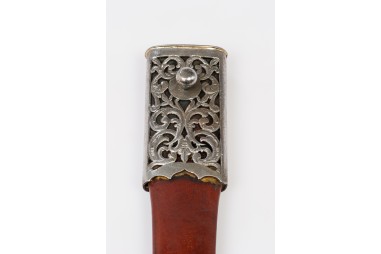 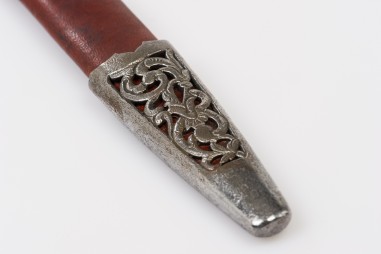 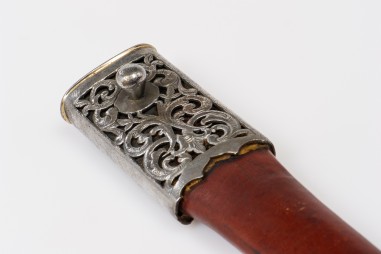 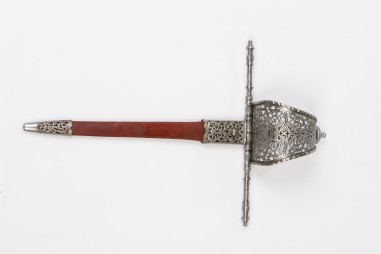 FRETTED AND CHISELLED LEFT-HAND DAGGER. 16th Century. Handcrafted in carbon steel with an antiqued finish, made by master swordsmith of Toledo, .

During the first half of the 16th century, a dagger began to be used in sword fighting, held in the left hand. This dagger, known as a “left-hand dagger”, or main gauche, was used for the purpose of blocking the adversary’s thrusts, breaking the edge of the enemy’s sword, and inflicting wounds at short distances. This type of weapon seems to have arisen in Italy, but it soon spread across Europe. These daggers were usually produced “en suite” with a sword and commonly featured a ring on the guard, intended to protect the thumb. Sometimes the blades were equipped with indentations designed to break the blade of the enemy’s sword with a twist of the wrist. In Spain and the countries under its influence, this type of dagger was in use until the early 18th century, and there is a text written by Miguel Pérez de Mendoza y Quijada, describing its use, dating from 1675.

The quintessential Spanish left-hand dagger was known as a “sail dagger”, or “de vela”, typical of the 17th century, featuring a triangular blade, wide ricasso, a depression to rest the thumb on, straight quillons, and a triangular knuckle guard that curves toward the grip. The grip was made of wood and covered in metal cord.

BLADE. 39 cm long blade, 4 cm wide at the ricasso and 1 cm at the point. Completely forged and tempered by hand in carbon steel by the master . Antiqued finish.

The ricasso is engraved on both sides with a very delicate design and inscribed with the words “En Toledo”. Next to this, the master’s touchmark, “AA”, appears on the back. After the ricasso, the blade has undulations on the right-hand side and finely detailed engravings on both sides, reaching up to the foible, where the blade has two bevels on each side. It is said that these undulations in the blade were soaked in poison to quicken the adversary’s death. For this reason, they were known as “Daggers of Mercy”.

CROSS GUARD AND KNUCKLE GUARD. The sail guard or cup features an intricate design with a series of spiral-shaped drawings, fully fretted and chiselled. The cross guard is 33 cm long. It is decorated with finely chiselled designs.

GRIP. The grip is made of wood wrapped in braided copper and iron wire with four inlaid ribs and finished with two chiselled ferrules at the ends. It is threaded on the blade tang.