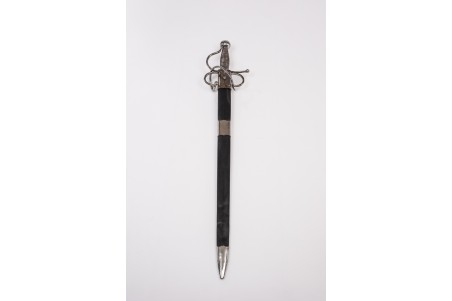 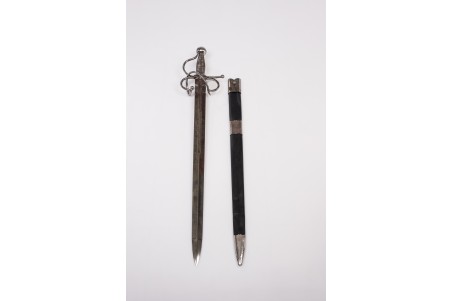 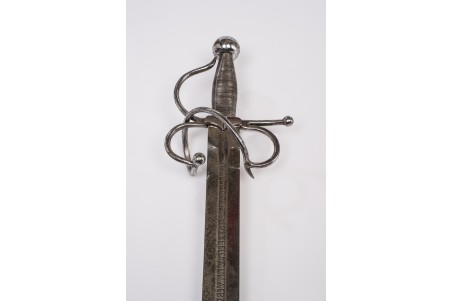 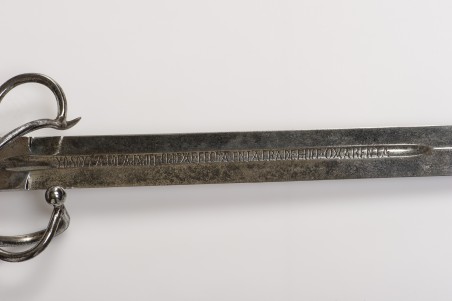 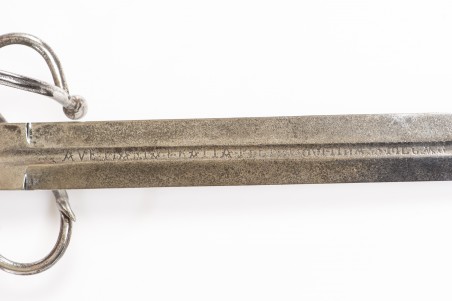 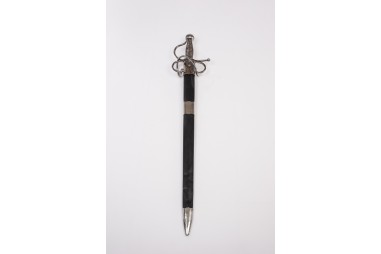 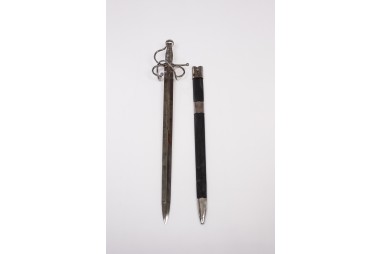 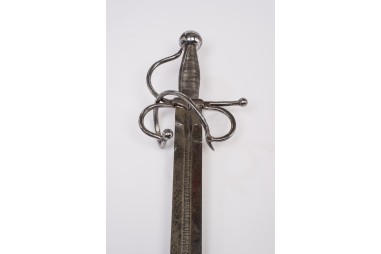 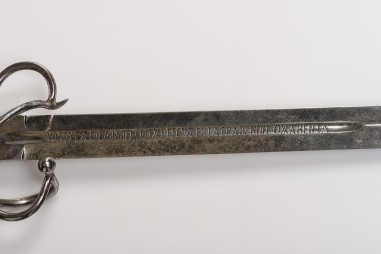 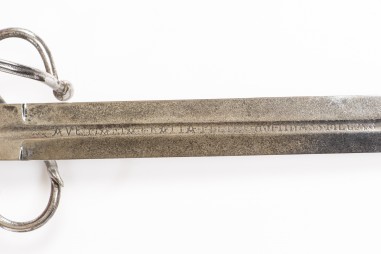 According to legend, the COLADA sword is, along with the Tizona, one of the two swords owned by El Cid until he gave them to his sons-in-law, the Princes of Carrión. This legendary warrior from Burgos had won it from the Count of Barcelona in battle, later giving it and the Tizona to his sons-in-law, the princes, who were then forced to return them after humiliating El Cid's daughters, Elvira and Sol, in the town of Corpes. This episode was narrated in the Poem of the Cid.

After this incident, El Cid felt disgraced and asked the king for justice. The trial ended in a “riepto”, or duel, in which the representatives of El Cid’s side defeat the princes. The latter are publicly shamed and their marriages are annulled. The swords are returned to their owner, and El Cid gives the Colada to his steward, Martín Antolínez.

BLADE. 78 cm long blade, 5 cm wide at the ricasso and 1.5 cm at the point. It has four bevels, two on each side of the blade. Both sides feature a fuller that extends halfway down the blade, which bears inscriptions and was completely forged and tempered by hand in carbon steel by the master Antonio Arellano. Antiqued finish.

There is an inscription in Latin on the front, which can be translated as: “I AM EL CID’S COLADA, WHO WAS MADE IN THE YEAR ONE THOUSAND FORTY”.

The back side bears the Latin inscription: “AVE MARÍA GRATIA PLENA, DOMINUS MECUM”.

CROSS GUARD. The cross guard of La Colada is in the swept hilt style, which is quite modern for its time. It comprises a quillon, from which a semi-circular loop emerges on either side, and a third loop that stretches from the front to the back of the side loop. The knuckle guard goes from the cross to the pommel.

GRIP. The wood grip is threaded onto the blade tang and features simple iron wire wrapping.

POMMEL. The pommel is a simple round solid iron piece attached to the blade tang and riveted to give the sword enhanced strength and resilience.

SCABBARD. The scabbard is made of black leather, designed especially for this sword. It contains three iron pieces: the “brocal”, or locket, made of simple, smooth, iron with a round button to attach it to a belt. A smooth iron fitting in the upper third of the scabbard, and a “batiente”, or chape, covers the point at the end of the scabbard.