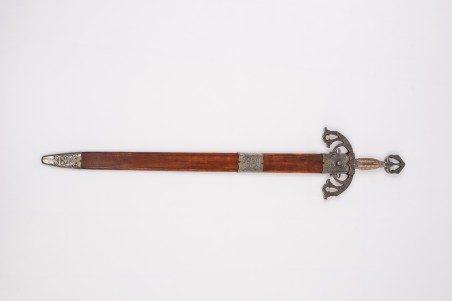 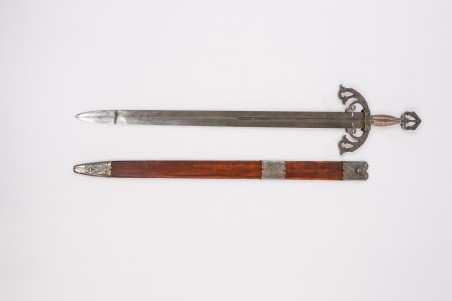 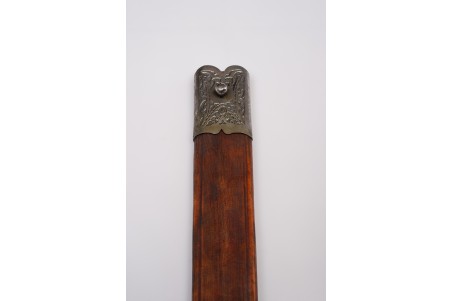 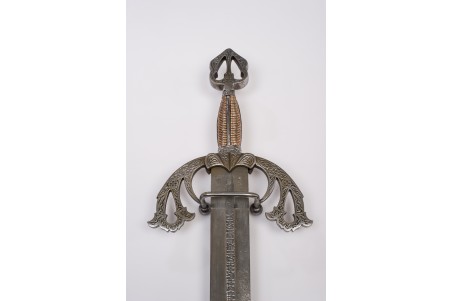 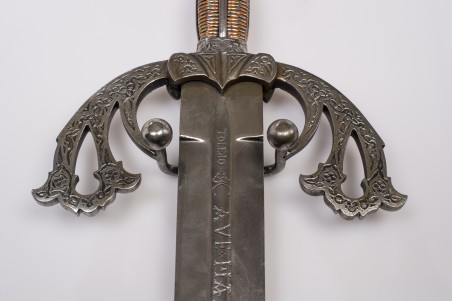 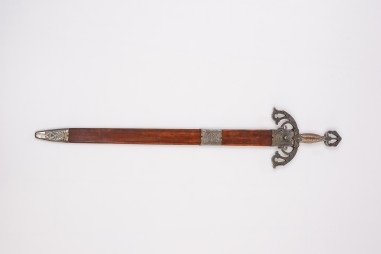 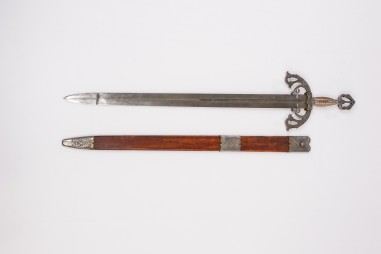 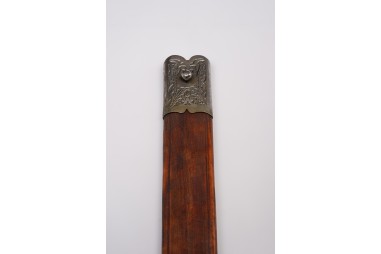 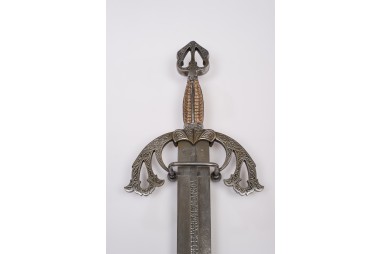 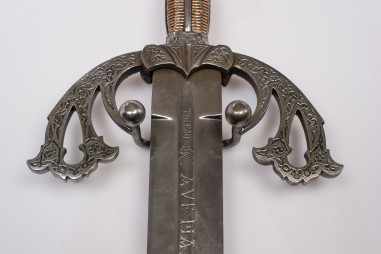 Tizona, referred to by El Cid as La Rabiosa (Spanish for “the furious one”), is a cutting sword from Al Andalus suited to hunting and battle on horseback, which was originally dated by certain historians, based on the grip type and the Renaissance inscriptions in the fullers, as a 15th-century reproduction due to the significant modifications made. However, through scientific examination by well-reputed specialists from Complutense University (Madrid, Spain), we now know that the steel blade of Tizona was forged and tempered in the first half of the 11th century, right when the fame and fortune of El Cid - the warrior, mercenary and ultimate Mozarab hero of the Muslim era of Spain - was at its climax.

Tizona is the name of one of the two most famous swords (the other one is Colada) belonging to El Cid, whose real name was Rodrigo Díaz de Vivar (1043-1099). It was taken from King Bucar of Morocco in Valencia and later given to his nephew, Pedro Bermúdez, as a gift.

The Poem of the Cid narrates the battle between El Cid and Ramón Berenguer II, Count of Barcelona, in Tevar (Morella) whom El Cid defeats, takes prisoner and takes possession of the Colada sword.

According to an anonymous ballad, another of El Cid’s swords belonged to the Castilian knight Mudarra, and El Cid used it to fight and kill Count Lozano to avenge his father’s death.

In 1503, under orders from Queen Isabella of Castile, Gonzalo de Bricio took inventory of the weapons found in the Alcazar of Seville, and one of the entries describes “La Tizona”.

Between 1560 and 1621, in his chronicles of the Monarchs of Castile and Leon, Brother Prudencio de Sandoval mentions the Tizona, which was part of the estate of the Marquises of Falces and had apparently been handed over by King Ferdinand of Aragon in reward for their services, under the condition that they take it to the palace for the oath by the Spanish Monarchs; the Falces did just that when the Marquisate was passed on.

BLADE. 79 cm long blade, 5 cm wide at the ricasso and 1,5 cm at the point. It has four bevels, two on each side of the blade. Both sides feature a fuller with numerous inscriptions that extends halfway down the blade. Completely forged and tempered by hand in carbon steel by the master Antonio Arellano. Antiqued finish.

There is an inscription in Latin on the front, which can be translated as: “I AM EL CID’S COLADA, WHO WAS MADE IN THE YEAR ONE THOUSAND FORTY”. The touchmarks of the Toledo National Factory of Weapons are on the ricasso.

The back side bears the Latin inscription: “AVE MARÍA GRATIA PLENA, DOMINUS MECUM”.

GRIP. The grip has braided double steel and copper wire wrapping and four iron ribs held in place by two engraved ferrules at the ends of the grip. It is threaded on the blade tang.

POMMEL. The solid iron pommel has a unique shape with double fretwork.

SCABBARD. Brown leather scabbard made by hand especially for this sword. It contains three iron pieces: at the top is the “brocal”, or locket, engraved on both sides and featuring a round button to attach the scabbard to a belt. There is one “cantonera” fitting in the upper third of the scabbard, engraved on both sides, and it is finished with a “batiente”, or chape, in engraved iron to cover the point.