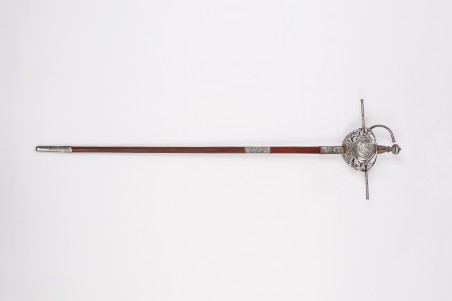 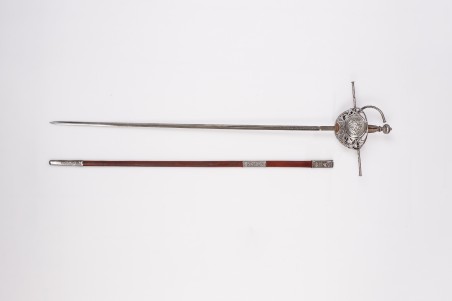 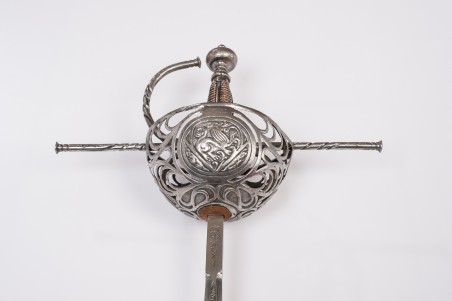 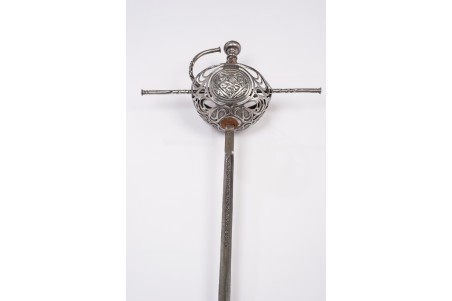 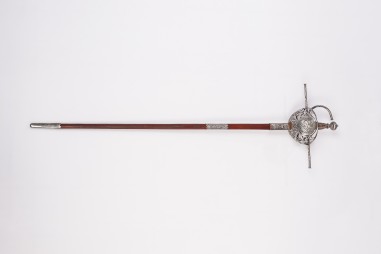 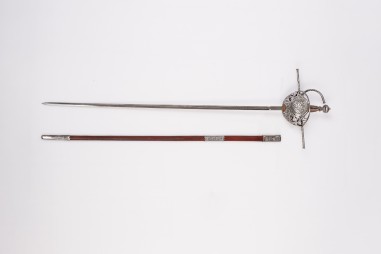 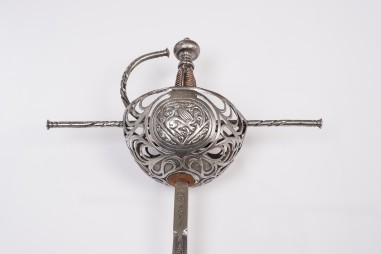 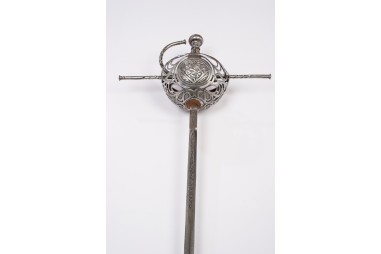 At a time when Spain was constantly at war, when honour was a man's most prized possession and any stain or insult could give way to a duel, when one’s purse and life were at risk in any dark alley, it became customary for almost everyone to carry a sword, leading them to become a highly prized possession, even for those who had little else to their name, or even a bit of bread for their stomachs. This sword can be considered a symbol of that era of our history, steeped in both glory and tragedy.

Spanish cup hilt swords quickly spread, with new designs appearing that no longer featured plain steel pieces but rather high-quality engravings. Thus, cups emerged with chiselling, openwork or fretwork, featuring complex designs and motifs, limited only by the owner's financial capabilities. In addition, techniques were improved to offer advantages when fighting with this weapon. Hence, innovations arose, such as pronounced steel “point-breaker” lips on the cups, which are designed to do just that: to trap and break the rival’s blade. This is the era of the Spanish Empire, when the “Tercios” won victory after victory in the Wars of Religion in Europe. In the Spanish army, the king provided the troops with their weapons, but this did not prevent them from using any others as they wished. The cup hilt sword thus became an integral part of the equipment of many soldiers and officers. The swords and blades of Toledo became so famous during that period that it is not uncommon to find these blades mounted on cups of unrelated origins. This phenomenon would foreshadow what happens today with other products, given that there was a lively industry of forgeries, in which blades that were not made in Toledo were passed off as originals by copying the stamps and touchmarks of the swordsmiths.

BLADE. 90 cm long blade, 1.5 cm wide at the ricasso and 0.5 cm at the point. It is very light-weight, thin, easy to use. Completely forged and tempered by hand in carbon steel by the master . Antiqued finish.

The ricasso is engraved on both sides: on the front it is inscribed with the words “En Toledo”, to indicate that it was made in this city, and bears the master’s touchmark, “AA”. The back side features a very delicate engraving. After the ricasso, the blade has a fuller that is engraved on both sides down to the middle, then it is smooth to the point. Below the fuller, the blade is divided into four bevels, two on each side, down to the point.

CUP OR CAZOLETA. The cup is composed of three circles: the one at the bottom has an amorphous chiselled design through which the blade tang is threaded, and the other two are at the front and back of the sword. Both are decorated with a chiselled lion. A series of intertwining side arms create a cup that is incomparably beautiful.

CROSS GUARD. The cross guard consists of a 31 cm quillon and a knuckle guard reaching up to the pommel, bearing small, delicate engravings. Two side arms branch downwards from the cross to connect to the cup.

GRIP. The grip is wrapped with twisted double steel wire alternating with a simple two-strand copper wire. Four ribs divide the grip into equal parts, and the grip is finished with two smooth ferrules at the ends.