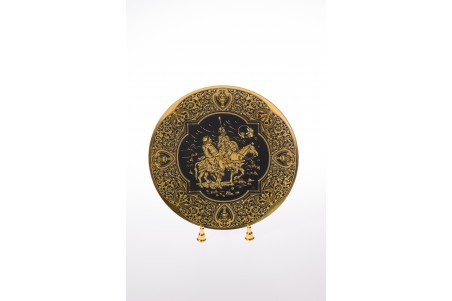 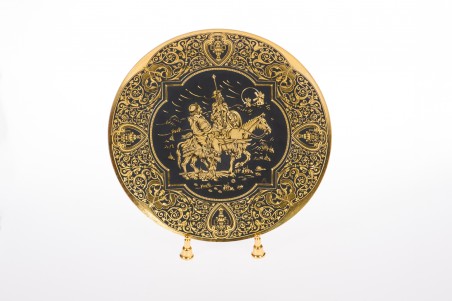 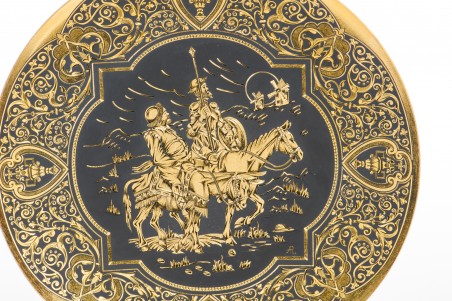 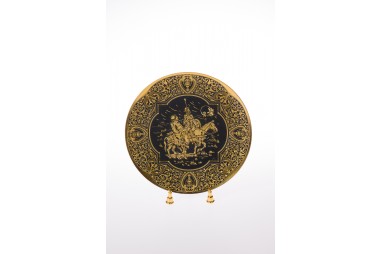 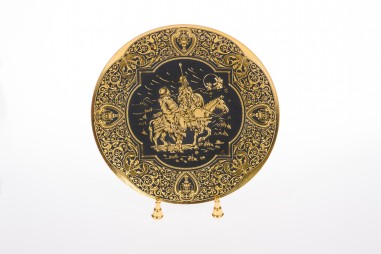 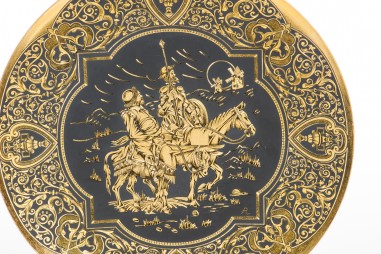 25 cm damascene plate in 24-carat gold, chased entirely by hand by our master artisans, containing a depiction of “Don Quixote and Sancho Panza” walking over the plains of La Mancha with windmills in the distance.

Don Quixote, written by Miguel de Cervantes Saavedra, is the most important work of literature in Spanish culture and in the Spanish language. It is, without a doubt, one of the most read books in the world. We have immortalised Don Quixote and his squire, Sancho Panza, using the traditional damascene technique to create a work of art of incomparable beauty.

A Renaissance style border with floral motifs frames this scene of Don Quixote and Sancho wandering across the plains of La Mancha in search of adventures and the giants (windmills) he would have to fight to free the world from these evil creatures. The skilled hands of the artisan have adeptly captured this moment of the story of Don Quixote in this damascene plate.

This is a handcrafted masterpiece combining two art forms: damascene and painting. Through this combination of art forms, the piece acquires a beauty that is incomparable in this traditional craft.