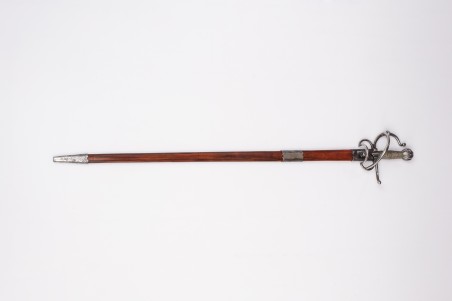 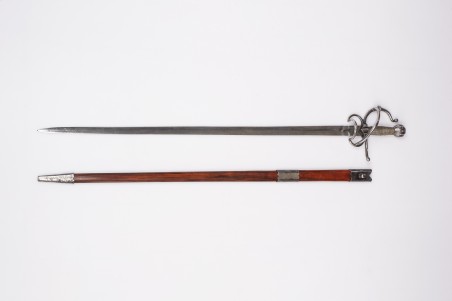 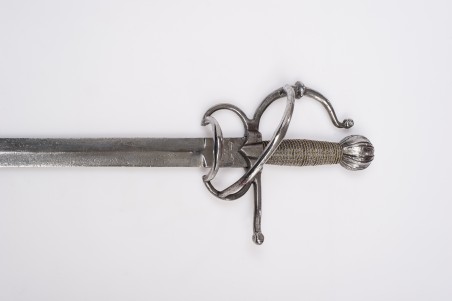 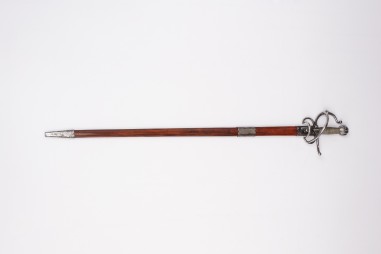 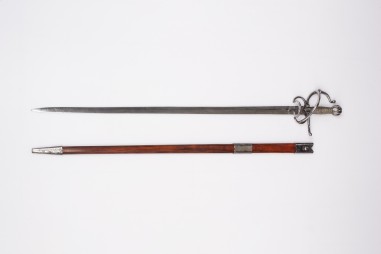 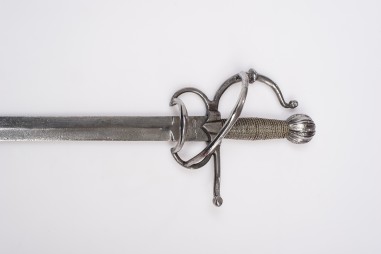 SWORD OF HERNÁN CORTÉS. 16th Century. Handcrafted in carbon steel with an antiqued finish, made by master swordsmith of Toledo, .

Hernán Cortés Monroy Pizarro Altamirano, Marquis of the Valley of Oaxaca, was a Spanish conquistador who, in the early 16th century, led the expedition that would launch the conquest of Mexico and mark the end of the Mexican empire, subjecting it to the rule of the Crown of Castile and changing its name to New Spain.

Rarely has history attributed the conquest of a vast territory to the spirit and determination of a single man, and Hernán Cortés, who always preferred to burn his ships rather than retreat, is part of this short list. With limited resources and little support other than his intelligence and military and diplomatic intuition, in just two years, he managed to bring the magnificent Aztec empire, with an estimated population of some fifteen million people, under Spanish control.

In 1521, a small group of Spaniards led by Hernán Cortés, with support from a broad coalition of indigenous peoples, conquered Tenochtitlan, the great Aztec capital, by fire and sword.

BLADE. 90 cm long blade, 3 cm wide at the ricasso and 1 cm at the point. It has four bevels, two on each side. The back side of the ricasso bears the touchmark of the master and the inscription of Toledo, to indicate that it was made in Toledo. Completely forged and tempered by hand in carbon steel. Antiqued finish.

SWEPT HILT CROSS GUARD. Quillon with block on two grooves. Knuckle guard reaching up to the pommel, topped with a ball. Two semi-circular side arms connected to a front ring for a finger. A loop guard runs from one of the side arms halfway up the knuckle guard.

GRIP. Made of wood and attached to the blade tang. Triple wiring. A twisted steel and brass wire alternates with a double steel wire.

POMMEL. The ball-shaped pommel is divided into eight equal parts with sixteen grooves. It is threaded onto the blade tang, then riveted to give the sword enhanced strength and resilience.

SCABBARD. Brown leather scabbard made by hand especially for this sword. It contains three iron pieces: a “brocal”, or locket, made of smooth iron with an oval button to fit it onto a belt. A smooth iron fitting in the forte section of the sword, and a “batiente”, or chape, also made of smooth iron, covers the point at the end of the scabbard.


Notify me when available 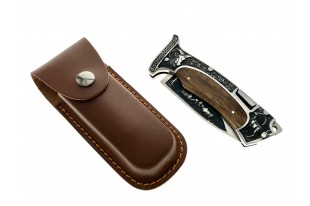