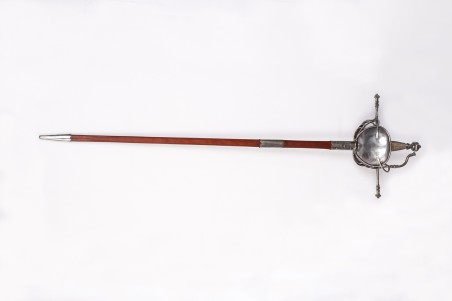 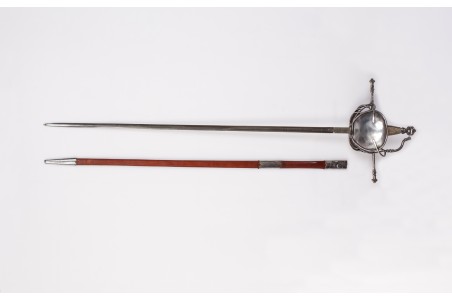 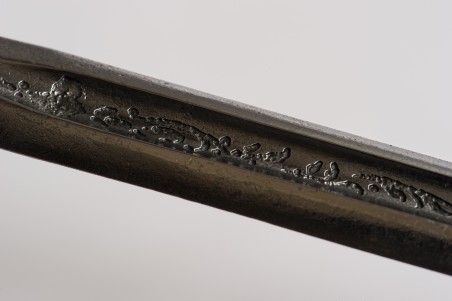 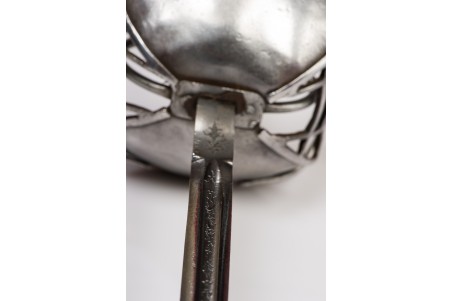 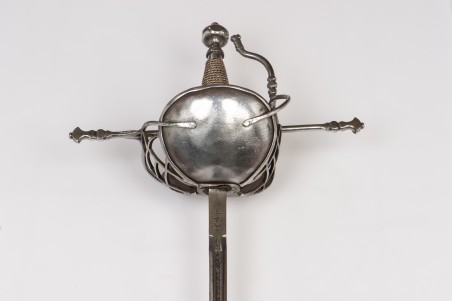 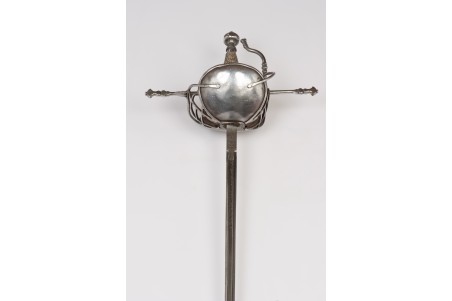 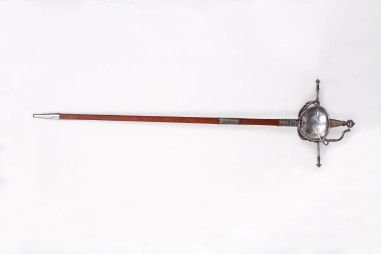 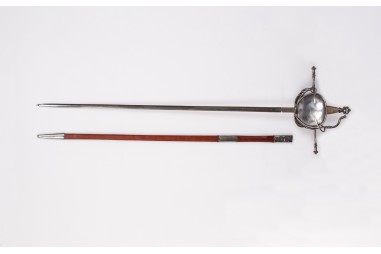 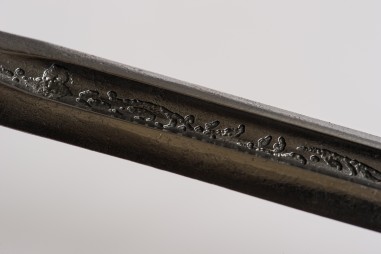 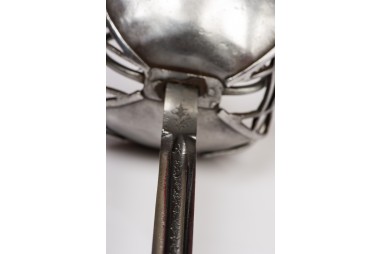 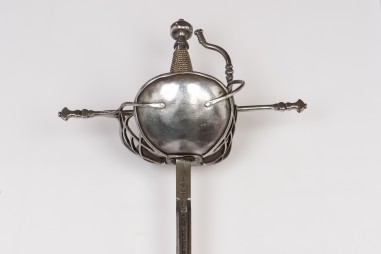 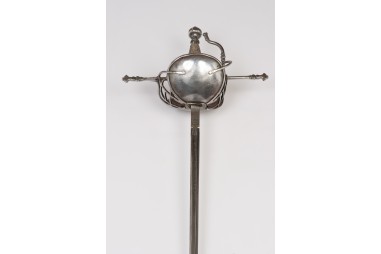 It is important to note that, at least in the 16th century, rapiers were not used only for thrusting with the point, but they also had a sharp, narrow, blade. In 16th-century Spain, swords were intended for use in duelling and as an accessory, but only for civilians or soldiers in civilian dress.

These swords were extremely effective in blocking cuts but sometimes the point of the rival's sword could slip between the loops in the guard and injure the wielder’s hand. Therefore, thick leather gloves were used when fighting with them. The elegance, balance and beauty of these hilts is incomparable, a model of Renaissance art.

BLADE. 92 cm long blade, 2 cm at the ricasso and 0.50 cm at the point. It was forged and tempered by hand in carbon steel by the master Antonio Arellano. Very light-weight, thin, easy to use blade.

The ricasso is engraved on both sides: on the front it is inscribed with the words “En Toledo”, to indicate that it was made in this city, and bears the master’s touchmark, “AA”. The back side features a very delicate engraving. A very deep fuller with engraving on both sides runs from the ricasso to the forte, and from there, the blade is divided into four bevels, two on each side, down to the point.

SHELLS AND CROSS GUARD. 33 cm long cross guard with wide shield. It consists of two large shells, one at the front and one at the back, attached at the sides by several arms, forming rectangles of different sizes. The knuckle guard extends to the pommel, with two branches that reach toward the shells to attach them to the cross.

GRIP. The wood grip is threaded onto the blade tang and has double wire wrapping. One twisted double iron wire alternates with a thick copper wire to embellish the grip, finished with two smooth ferrules at the ends.

POMMEL. The wheel-shaped solid iron pommel is round at the top, has four cut sides and is topped with a ball. It is threaded onto the blade tang, then riveted to provide the sword with enhanced strength and solidity.

SCABBARD. Brown leather scabbard made by hand especially for this sword. It contains three iron pieces: at the top is a smooth “brocal”, or locket, with a round button to attach the scabbard to a belt. There is one smooth “cantonera” fitting in the upper third of the scabbard, and it is finished with an iron “batiente”, or chape, to cover the point.