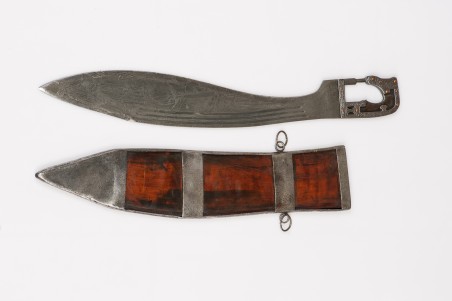 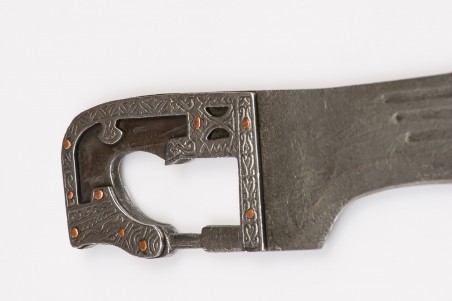 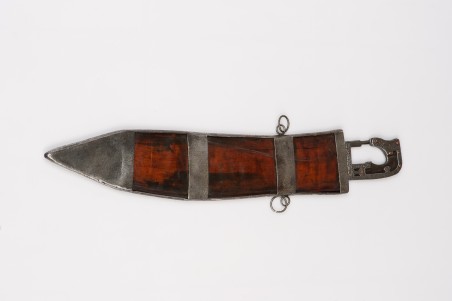 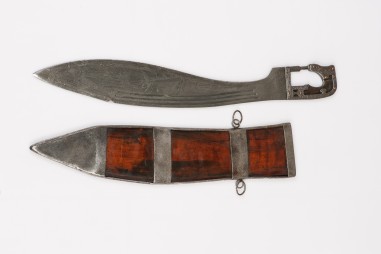 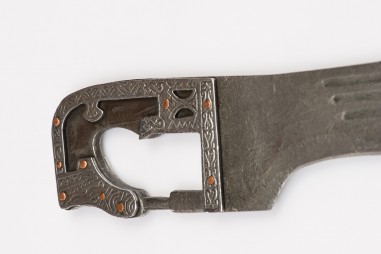 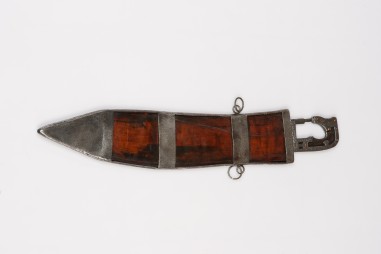 The falcata is a curved-edge sword originally from pre-Roman Iberia with historical ties to the native Iberian and Celtiberian tribes during the period of the Roman conquest of Hispania. It was one of the most emblematic weapons of the Iberian Peninsula for several centuries.

The falcata has a single cutting edge that typically curves forward in a concave shape before tapering back again toward the sword’s centre of balance.

The hook-shaped grip is usually offset from the centre line and the pommel is in the shape of a head or gryphon, attached to the guard by a plate.

The blade sometimes featured grooves along the blunt edge to make the weapon lighter, as well as damascening or metalwork.

Although its shape suggests that it was used as a cutting weapon, the artefacts found often have a sharp false edge, which indicates that it might also have been used for thrusting.


Notify me when available
Tap to zoom